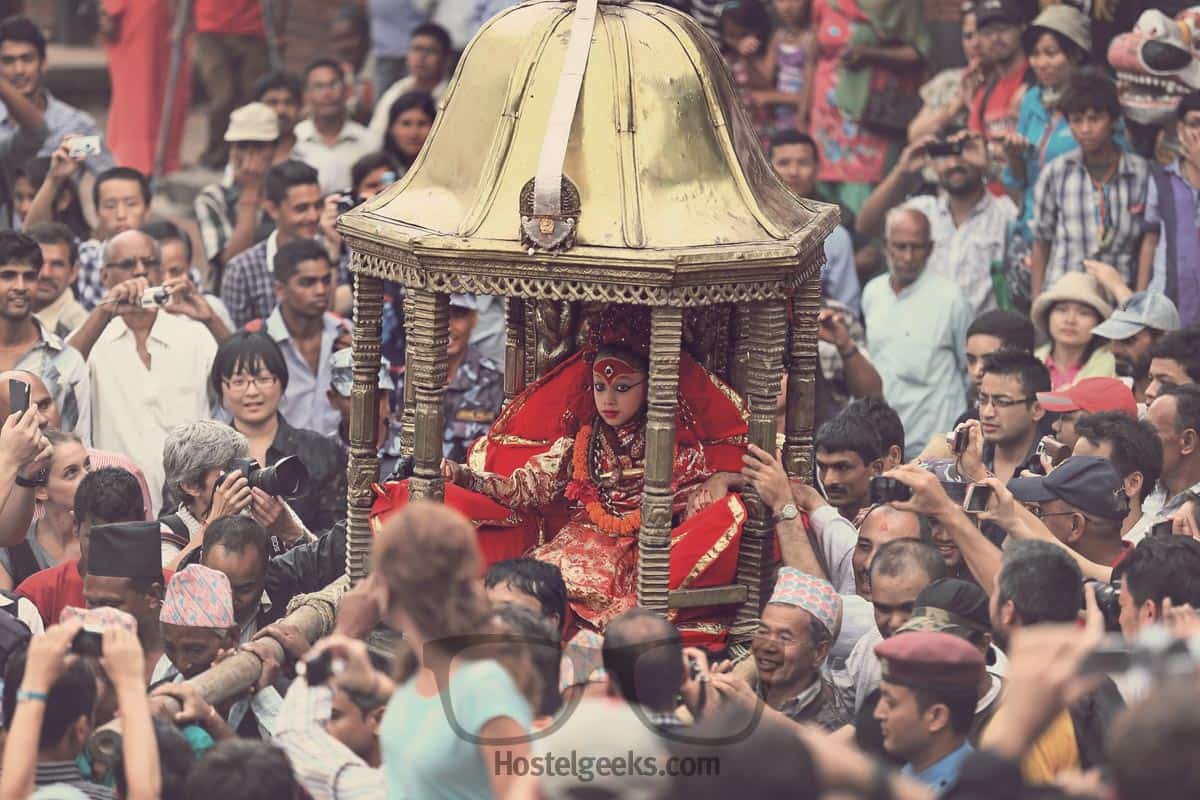 Waiting for Kumari, a goddess in Kathmandu

We were in Kathmandu waiting for Kumari to come out of the palace. She is a goddess and a very young girl, chosen among a large number of Newari female candidates according to strict body figures and after frightful trials. She cannot lay her feet on the ground, so servants carry her on a sedan out of the palace. She’s not looking to anything in particular with her composed gaze, almost ignoring everyone. It’s a bittersweet condition: her destiny is already written, she soon will be a woman and will lose her goddess status, as another Kumari shall be appointed.