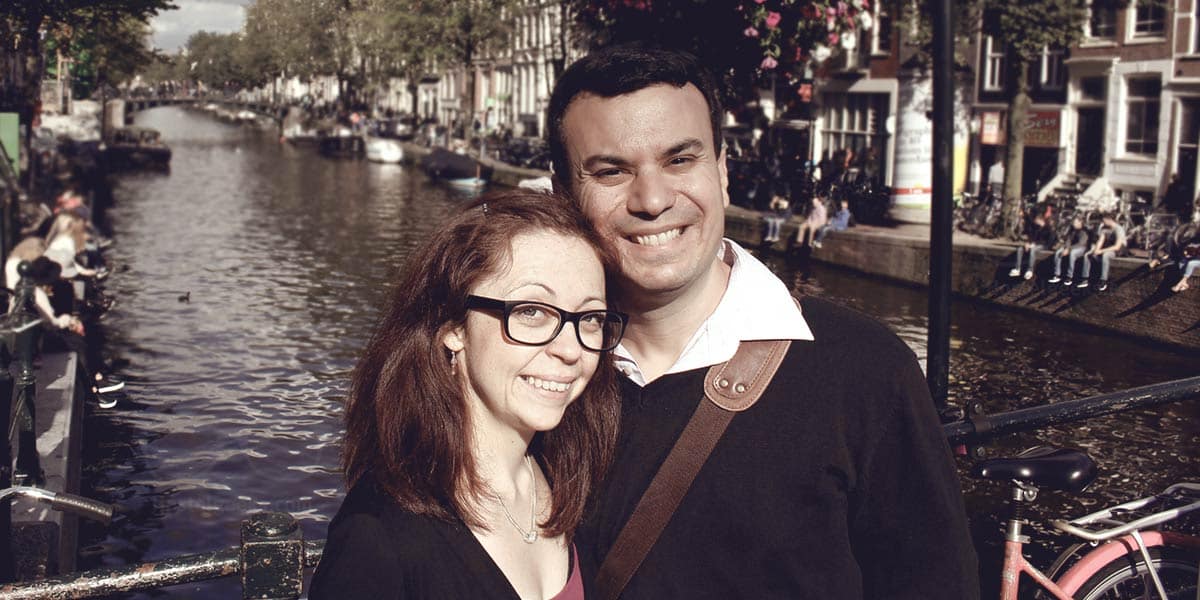 We met at a Hostel in Bruges, 10 years later we are still married

In 2002, after finishing college on opposite ends of the Earth (Florida and Australia), fate threw us together at a Hostel in Bruges during our solo travels. I was assigned the top bunk, and a cute curly haired brunette had been sleeping in the bottom bunk.

A few of us went out for drinks that night, as people do in hostels, and Bell and I just clicked.

We both happened to be traveling to Amsterdam, so we briefly met up again there. Then, we also organized to meet in Rome before going our separate ways to opposite ends of the Earth. But we stayed friends, and two years later we finally planned to reunite again in Thailand.

After booking our plane tickets and the days ticked down, we couldn’t imagine saying goodbye again, so I was able to organize a working holiday visa to move to Melbourne, Australia, to live with her.

We reunited in Thailand after being apart for 2 and ½ years, and 2 weeks later I set foot in Australia for the first time, to live and work random jobs for a year. 8 months later we got married at the Melbourne courthouse, and a few months after that we relocated to Florida for a few years.

When a PhD position came up for Bell in Amsterdam, we moved there for 3 and ½ years. After, we moved to Dublin for 2 and ½ years, now we have spent the last year and a half living in Boston.

Read: the 3 best hostels in Dublin

Read: the hostel guide to Melbourne and its best hostels

We’ve returned to Bruges twice, including this year 2015 for our 10 year wedding anniversary, and have even had dinner and drinks at our hostel’s restaurant and bar.

A couple months ago, Bell got a Belgian stamp tattoo on her upper back with the date we met on it, January 31st, 2002.

Find all 5 Star Hostels with Hostelgeeks.

Also, make sure you dive into the ultimate guide to hostels. Here we cover everything around hosteling such as the smartest hostel packing list.