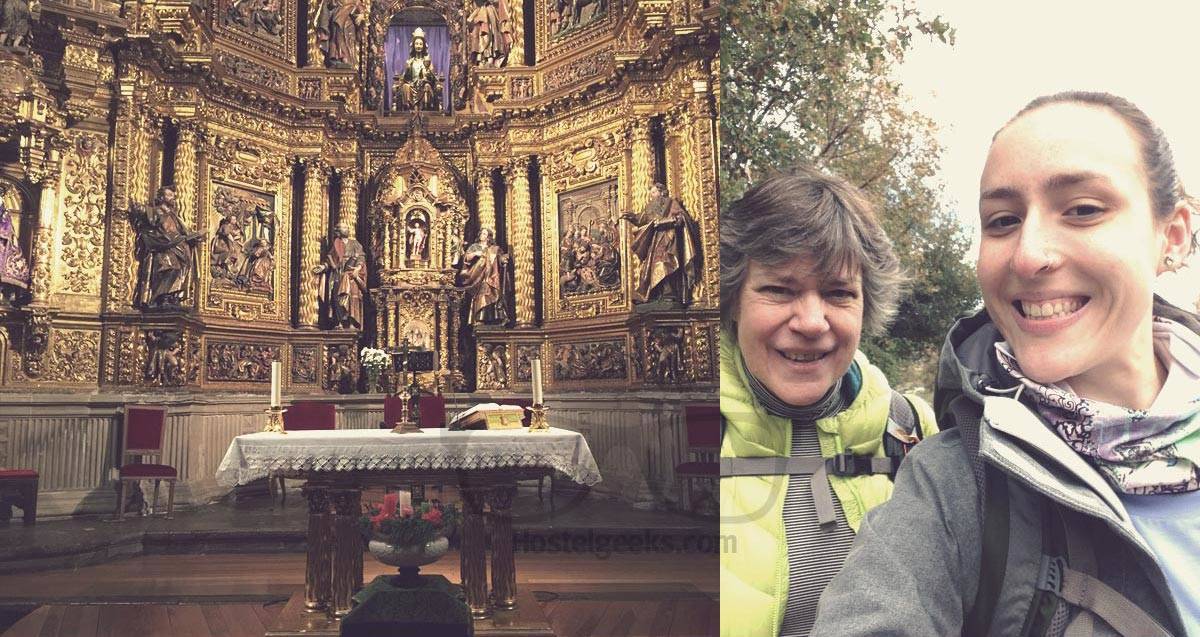 Camino de Santiago And The Priest Cannot Find The Stamp!

My daughter and I were pilgrims recently on the Camino de Santiago.

Typically, pilgrims have a pilgrim’s passport that is stamped at each stop to prove that you did indeed walk to Santiago de Compostela, the object of the pilgrimage. My daughter and I went to a pilgrims’ Mass in Los Arcos, one of the tiny villages.

At the end of the Mass, I asked her to see if the priest would stamp our passport.

And the priest was funny!

He told her that when there are more pilgrims coming through, say, in June and July, he kept the stamp right near the altar but in December, he had no idea where it was.

As a consolation prize, he offered us a prayer together and then a tour of the entire medieval building.

We spent the next hour touring the church, the gallery, the crypt, and the organ loft. It was glorious!