4 Weeks on a Bike Through Iceland – Independent Bike Tour

We are keen to announce a fantastic itinerary, combining an adventurous experience through Ice and Fire with a charity project: Kelly from the Hostelgeeks team will set off and explore the beauty of Iceland on an independent 4 week bike trip through the land of fire and ice!

Hostelgeeks is keen to share with you the great adventures of Kelly while riding through Iceland and raising money for the Charity project TREEAID in Africa.

Here is the official announcement of Kelly:

My decision to set off on a 4 week solo cycle tour was primarily sparked by the adventures of others.

Pouring over books and subscribing to many blogs by normal people, made me sit up and think hey, I’m a normal person, why can’t I do it?

Before long my fun idea became a set in stone plan – I told my job I’d be leaving after 5 months and began saving.

It’s as easy at that.

In the process, I will visit some of the best hostels Iceland has to offer. 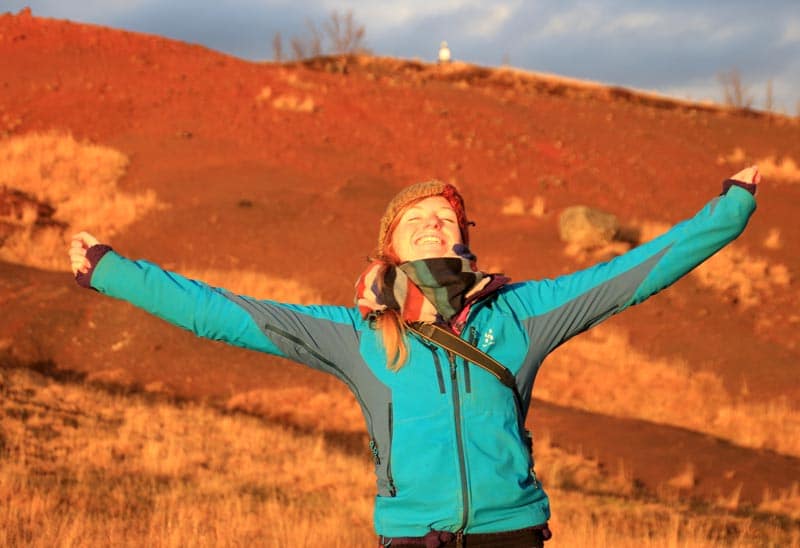 The Ride – 4 Weeks riding through Iceland

In 2014 I spent a short 10 days in Iceland before reluctantly flying back home.

As I sat writing my postcards at the airport I remember telling myself that I would return soon – the island had so much to offer and I wanted to experience it first hand, not from pretty pictures and advertisement.

When deciding on a place to venture off on my own, on a bike for the first time, it was an easy decision.

With exactly 4 weeks of freedom to explore, my intention is not only to pedal my way around the entire ring road, but to part with the saddle to climb peaks, meet the locals and learn about the culture.

I did some research already by reading through travel magazines and travel blogs like budget road trips in Iceland. It really helped me to get a better idea. 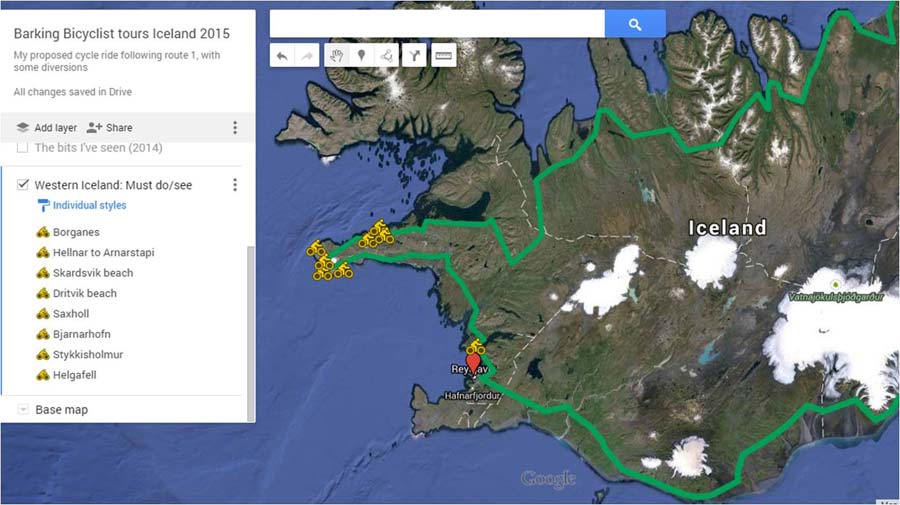 Charlie the scrap-yard touring bike has a very good story to tell. He was originally saved by Tom Allen, a wizard amongst budget cycle touring, for his #freeLEJOG project – Land’s End to John O’ Groats with absolutely no money.

After his success, Charlie became part of a competition to carry on the adventure and he ended up carrying Tegan, a hilariously talented cartoonist, from Bristol to Alicante, Spain, to see her sister.

Read more about the history and background of Charlie the Bike here.

Having followed both of these stories with great interest, I contacted Tegan as soon as I had committed myself and voila; before I knew it I was on a plane to Alicante to collect the bike. This in itself was a mini-adventure which saw me getting lost in the city, locked inside a block of flats and successfully reaching the airport in time for my flight, 87km down the road.

With the power of blogging and social media, it will be interesting to see how far around the world we can get this bike as I too will be passing him on once I return from Iceland.

The budget – Money is no barrier

As part of this project, I wanted to support the claim that money is no barrier and great adventure can be had on a tight budget.

With this in mind, I set myself a target of spending no more than £1000 including flights, food and everything needed to survive for 4 weeks.

I’ll be carrying a tent, wild camping my way around the island and I have my trusty Kelly Kettle for the all important warm meals and hot cups of tea at the end of the day. It has meant that life at home has been rather stringent: my 12 mile commute to work on a bike for 6 months has saved over £600 alone.

I’ve compromised nights out for nights in and have set limits for weekly food shops etc – all in the name of adventure.

1 Million Trees in Africa – The charity

As part of Project Origin, run by the wonderful Dave Cornthwaite, I agreed to support TREEAID and the planting of 1 million trees in Africa.

Dave offered to help 200 people organise and set off on their own adventures through advice and personal experience to help aid success.

In return, he asked for a minimum fundraise amount of £500 each – a fair trade for such a good cause.

Africa holds a place in my heart – the planting of trees will not only protect the environment, but it will help pull the African people out of poverty via a sustainable working initiative. I hope that my ride, and the exciting stories that come with it, will spur donations from friends and strangers alike; however big or small.

How about you participate as well?

Stay Up to date to the Adventure

Pre-departure support has strengthened the Barking Bicyclists wanderlust; become a part of the adventure and follow her over @blueyedview.com and on her brand new instagram account at Instagram.com/blueyedview

More about Iceland and Reykjavik

Find all the best hostels in Reykjavik, Iceland here.

Hostelgeeks is proud sponsor of the adventure of Kelly.